5 Epic Fintech Marketing Campaigns- How to Improve the Flattery 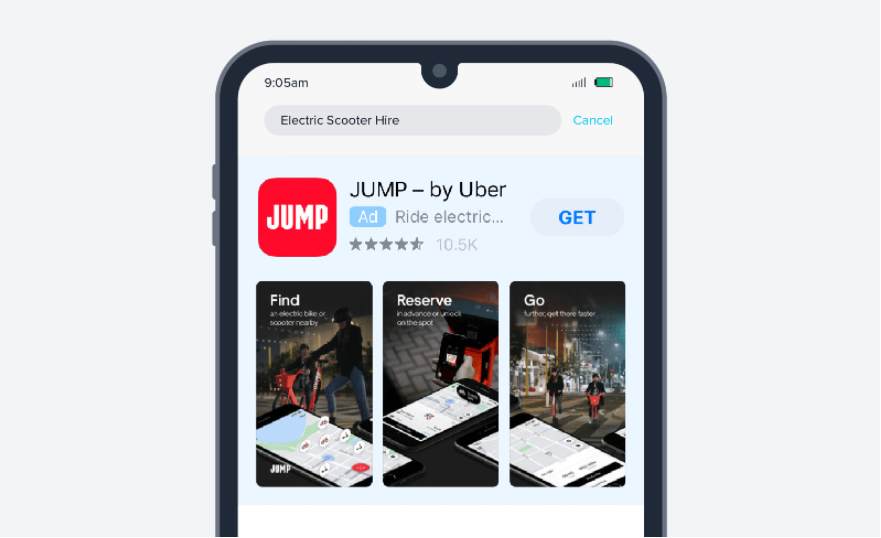 They say imitation is the best form of flattery. We say: if you can learn something vital from a campaign that succeeded before you, then you’ve used the previous example as a learning tool. It’s an easy way to jumpstart your creativity particularly when your job as a mobile marketer requires you to constantly be thinking outside of the box.

Klarna, a Swedish company founded in 2005 and which entered the US in 2015 is a buy now pay later (BNPL) service that allows shoppers to divide payments for large purchases into four smaller payments… or within 30 days after purchase. The company, which is both B2B and B2C, partners with retailers like H&M and Sephora to give consumers alternative payment methods.

In their TV ad for Super Bowl LV, they drove the point home by getting comedian Maya Rudolph to pay for some cowboy boots in 4 smaller payments. The result is an unforgettable combination of surreal visuals and effective messaging.

Coinbase is a secure platform that makes it easy to buy, sell, and store cryptocurrency — everything from Bitcoin to Ethereum and yes, Dogecoin. The company has always been up front about the simplicity and ease of use of their services. Although a large part of its challenge is educating its potential audience about crypto, then making the case for their technology.

So what better way to teach potential users than by illustrating its unique selling points via social media? Below is a simple example of an explainer video created for Instagram, where it shows off the benefits of the Coinbase service, enticing the user to explore it for themselves.

Death and taxes are the only sure things in life supposedly. For a great majority of people however, there’s a third: confusion surrounding the preparation of taxes. This is precisely the problem that Wealthsimple Tax seeks to solve.

Wealthsimple is a Canada-based company that has been using slick content marketing tactics via their Wealthsimple Magazine to turn potential customers toward their Fintech apps for cryptocurrency investing, stock trading, and even payments to friends: Wealthsimple Trade and Wealthsimple Invest.

Wealthsimple Tax is promoted as a way for anyone to file their taxes using secure online software that guarantees you get the biggest possible refund available. And it’s on a pay-what-you-want fee structure. According to the company, the average single-day tax filer takes about 80 minutes to prepare and submit their tax forms.

The ads they prepared for Super Bowl LV highlight this simplicity. In this series of 3 spots, various cinematic characters — Medusa, Frankenstein’s monster, and Noah building his ark — are each struggling with their tax forms until they gain clarity into their situation with some help from the Fintech service.

goHenry is a prepaid credit card for children and teenagers that allows parents to teach their kids about money and spending. The Fintech service allows parents to load their children’s cards with money and even pay their allowance via the app. But when they started in 2012, the company initially faced a problem with getting people to sign up for the service.

In this engaging case study, Conversion Rate Experts outline the steps they took to increase goHenry’s market share by 470%. And one of the most interesting decisions the agency made was to increase the length of the mobile landing page in order to tell a more complete story and address all possible objections regarding their service.

The result of this lengthy page: it beat the original landing page by 78%. Why?

Varo is an all-mobile bank, and the first all-digital nationally chartered bank in the US. It proudly offers a checking account with no monthly fees, overdraft fees, or foreign transaction fees. The company recently launched a campaign called the Emergency Fund Sweepstakes, which seeks to educate young audiences about saving money for a rainy day.

The giveaway runs for four weeks starting January 25, 2021. Fifty winners will be selected each week over the four week period and each winner receives a $500 emergency savings fund deposited into their Varo savings account. To promote the giveaway, they’ve published a series of videos starring unknown 20-somethings with lifestyles guaranteed to appeal to their target market, and have these people talk about how they learned to save money for emergencies.

These videos are part of a larger campaign to generate awareness about fiscal responsibility, but also to build a stronger following on social media channels.

If Fintech Marketing is Boring, It’s Your Fault

After all these examples, the one thing you should take away is that you have no excuse to produce boring campaigns. No matter how complex your Fintech app is, or how unknown your brand, you can think outside the box and craft an engaging marketing campaign that people will want to see or follow or interact with. All you need to do is remember that your audience should be able to relate to your service in an honest, human way. Even when you’re comparing them to Medusa.