How to Optimize your App Screenshots 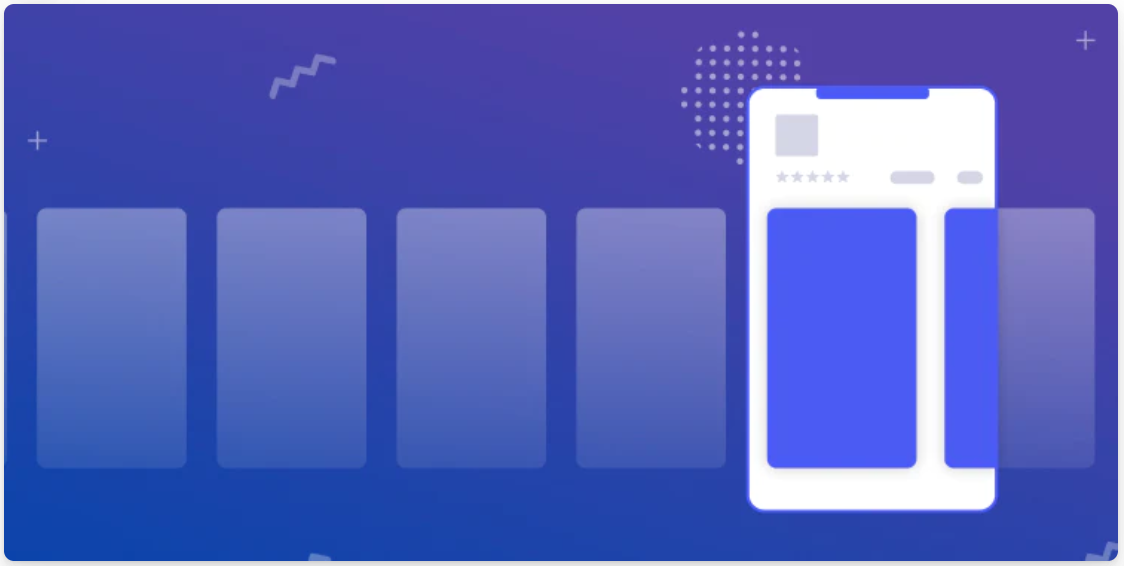 Screenshots are probably the most important element on your app page to help users decide whether or not to download your app. As a result, if you are looking to increase your app’s conversion rate, you should start by reviewing and redesigning your screenshots first.

We have created a list with 9 tips to help you design app screenshots that make your app stand out from the crowd and encourage users to download your app.

Indeed, people are impulsive and often use their emotions to make decisions. Many users will base their decision on whether or not to download your app on how attractive the screenshots are!

Because screenshots demand a lot of time and effort, read these 9 tips on how you can optimize screenshots to significantly boost your app downloads:

1. Screenshots Should Explain What Your App is About

A basic checklist to get started:

Some apps choose to be very simple in their screenshots, only demonstrating the main features and adding some short titles. The advantage of this is that your users will see a real showcase of your app’s strengths. However, this type of screenshot tends to lose visibility in very competitive categories, where apps prefer more creative visuals to attract users.

❌ Your screenshots can be very simple, but you should avoid only including direct screenshots of your app. This is bad practice and shows a lack of effort in aesthetically demonstrating your app’s main features. 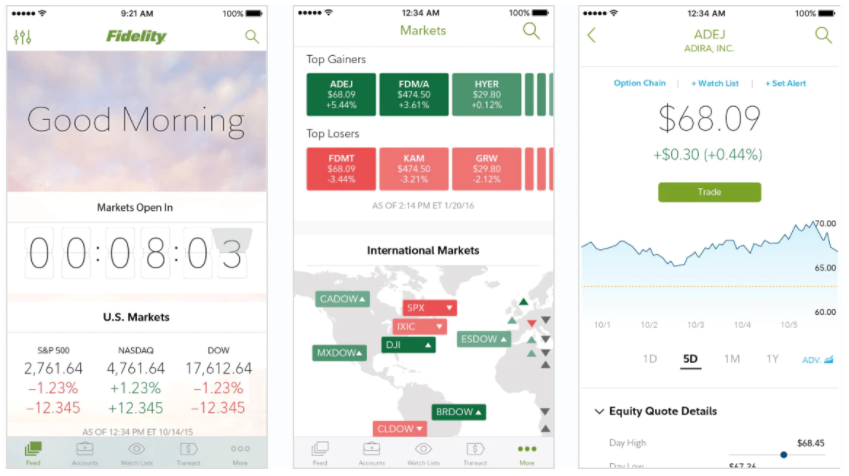 E.g: Fidelity (iOS, USA) has added some direct app screenshots. This is not particularly recommended; when your users compare these screenshots to other apps’, they might get the wrong first impression and miss your main USPs.

On the other hand, some complex apps in the Utilities category create customized posters that display additional visual content as well as some text to explain more clearly what the app does. The purpose of this is to reassure your audience and sell your app with catchy sentences.

If you don’t feel confident enough, you can hire a professional designer to do this for you!

Do you want to challenge yourself? ? If the answer is yes, you could demonstrate your main app features in a “storyline”! This would be more appealing to customers as design plays an important role in the message you are trying to deliver, especially on iOS where screenshots are visible in search results.

E.g: Bird (iOS, USA) has built a “storyline” in their screenshots, where all screenshots are integrated to communicate their entire value proposition.

On the Google Play Store, screenshots are only shown on the app page. However, they are one of the main focal points on the app page, and so should definitely help you achieve your mission of converting users.

2. Place the Most Eye-Catching Screenshots First

We previously discussed how screenshots influence customers’ first impressions of your app. This is especially true for the App Store as screenshots also appear in the search results together with the app icon and title.

The truth is that you only have a few seconds to catch users’ attention. Therefore, make sure to design an eye-catching first screenshot with bold and bright colors that make your app stand out.

Try A/B testing to see which type of screenshots have the highest impact on your app’s conversion rate. 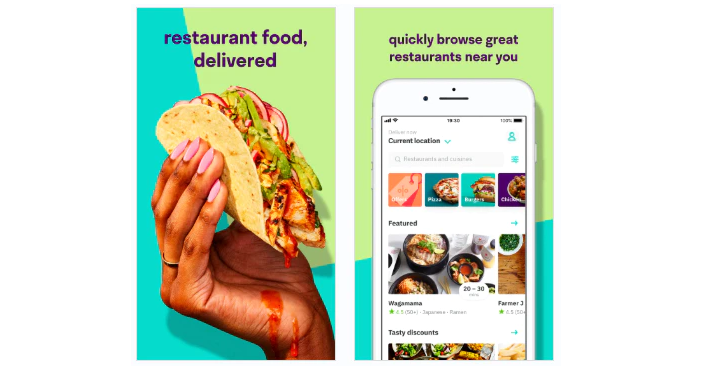 E.g: Deliveroo-Food Delivery has used its first two screenshots to clearly communicate that you can get restaurant food delivered by browsing into their app. The first image invites users to buy food from their app. 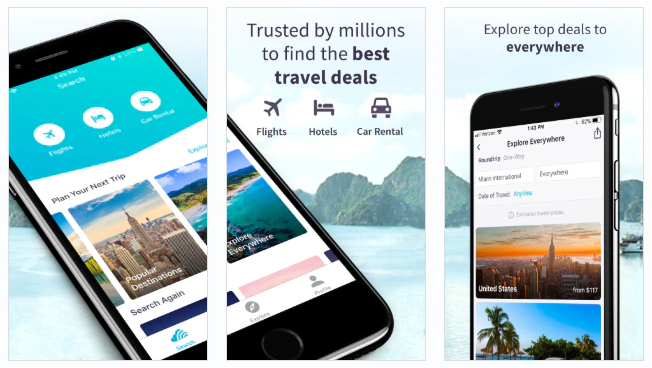 E.g: The screenshots from Skyscanner show a continuous story instead of separated screenshots (iOS, USA). This effect can be made by combining one image into different screenshots to increase your user’s attention and conversion rate.

?Remember: Your app is also competing with ads and Featured Stories in the search results. Therefore, visuals become more and more important as users have to scroll more to find an app that matches their search intent.

It is usually challenging to choose which orientation is the best for your screenshots.

For the App Store, there are 2 main devices on which an app can be downloaded:

If your app is available on iPhone and iPad, you ideally need to create different screenshots for each according to the correct size and pixels.

E.g: For each device, Angry Birds 2 (iOS, USA) has added the same version of screenshots in a different size. This is essential to guarantee you display the right image to users.

For the Google Play Store, you can also add both landscape or portrait orientation screenshots. To publish your store listing, you must provide a minimum of 2 screenshots, JPEG or 24-bit PNG, minimum dimension: 320 px, and maximum dimension: 3840 px.

4. Design and Adapt Your Screenshots for All Devices

It is strongly recommended to use all available screenshots to increase your conversion rate. Additionally to the obvious devices, you can also design screenshots for apps available on Apple Watch and Apple TV if you’re interested in launching your app on all channels.

Apple allows developers to upload up to 10 screenshots, while Google Play enables up to 8 per device (phone, tablet, Android TV and Wear OS).

As previously said, people love visual content – the more you have, the better it is. Use this to your advantage and see it as an opportunity to show more than one feature. 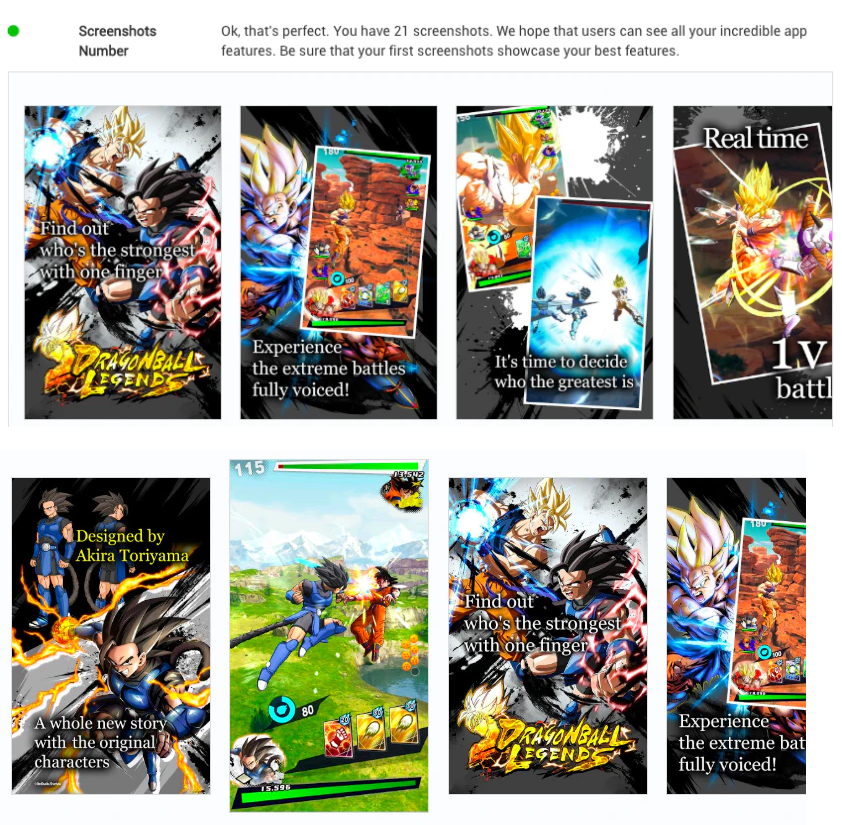 E.g: At AppTweak, we help you to easily identify how many screenshots your competitors are using. With our screenshot feature, we identify that Dragon Ball Legends (iOS, USA, July 2019) has 21 screenshots. If you scroll in between screenshots you’ll detect a change of size related to the device they are using. Remember, Google allows up to 8 screenshots per device.

Remember – people browse on small mobile devices, so don’t make your screenshots too complicated. A quick tip to help you keep things simple is to focus on one feature per screenshot. Choose your best features and design a screenshot for each.

Help users better understand how they can benefit from using your features by zooming in on certain elements. This helps focus users’ attention on what matters and will help you communicate your main value proposition.

If your app doesn’t have many features, use different angles to introduce the main ones. You can also show a typical concrete example of what users can do with your app. 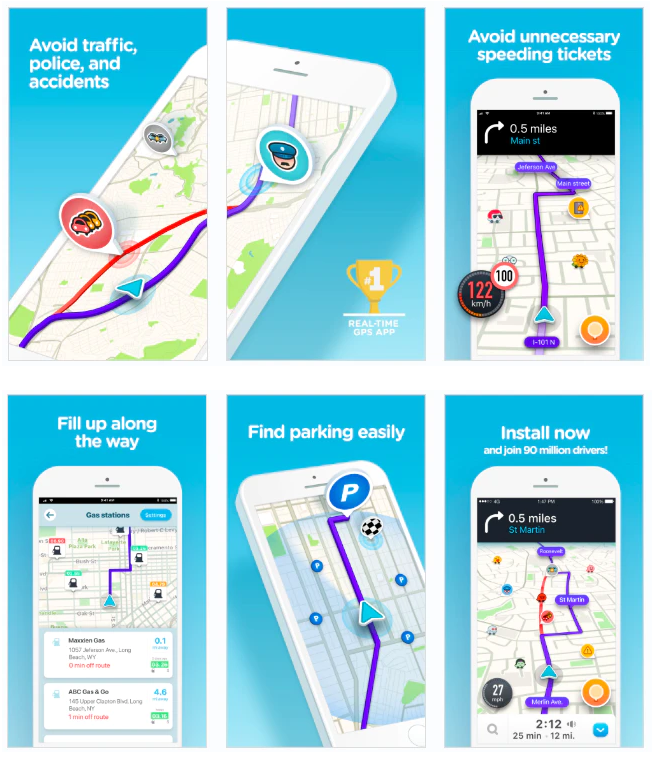 If you want to market your app in various countries, it is important to upload different screenshots in the local language of each country. It’s always better and easier to convince people in their mother tongue than in a foreign language.

For example, if your initial target is the USA market but you’re expanding your app to Russia, do not use English in your screenshots; it’s bad practice. Instead, use the main local language(s) of the country you’re targeting. 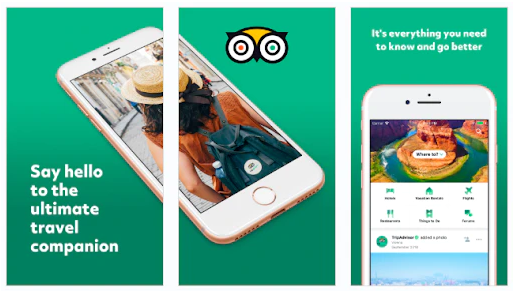 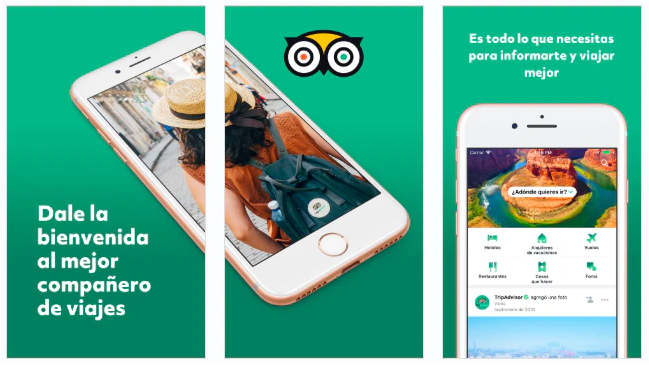 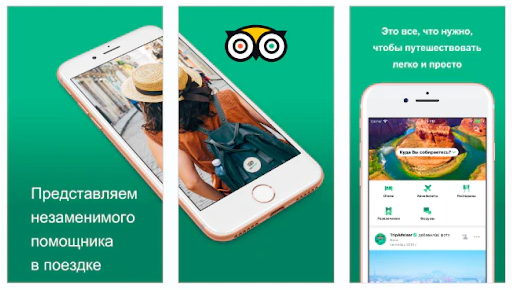 E.g: According to ASO best practices, TripAdvisor has localized its screenshots to different languages for the markets they target. For example, in the USA they display screenshots both in English and in Spanish (for two different audiences in one country); for Russia, they have also adapted screenshots to the local language.

If you want to maximize localization and increase your business in other regions, don’t only translate your screenshots to match the local language. It’s important to research the local culture and design preferences.

E.g: These apps have gone one step further, not only localizing the language, but also the setting and landscape. This definitely helps local users identify more easily with the brand and download the app. 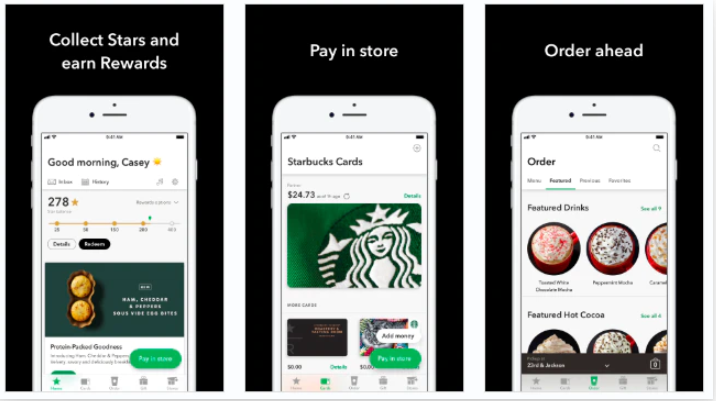 E.g: Starbucks (iOS, USA) follows this trend, showing some niche mockups of their app on the iPhone.

Just like for icons – and actually every other factor in ASO – it is important to monitor your competitors’ apps (i.e., check out what they choose to display and how they do so). Benchmarking is always a great source of inspiration. The best thing you can do is gather all screenshots from your most successful competitors and try to understand what’s really working.

You can also take your least successful competitors’ screenshots and try to avoid the possible mistakes they might have made.

Remember that screenshots are obviously not the only factor determining an app’s success. An app may have a great icon, a perfect description, awesome screenshots, and targeted keywords, but if it is not a great app itself, it will never succeed.

It is always good to test what you do. Test several screenshots and see which ones work best.

You can now A/B test on Google Play for free, which is a much better way to see which screenshots work best.

Many apps test different versions of their screenshots to determine which colors and titles have the highest conversion rates.

Screenshots are a major element of your app’s product page; they play an important role in your audience’s perception of your app and whether they choose to download it or not. Therefore, follow these 9 steps to increase your chances of conversion:

What is product thinking and why does it matter?

Why Is It The Right Time To Invest In OTT App Development?

How To Make a Fitness App for Trainers?

MVP to IPO – How to scale your business?

How to Use Google’s Advanced Search Operators

Stand out in a noisy world by surprising your customers